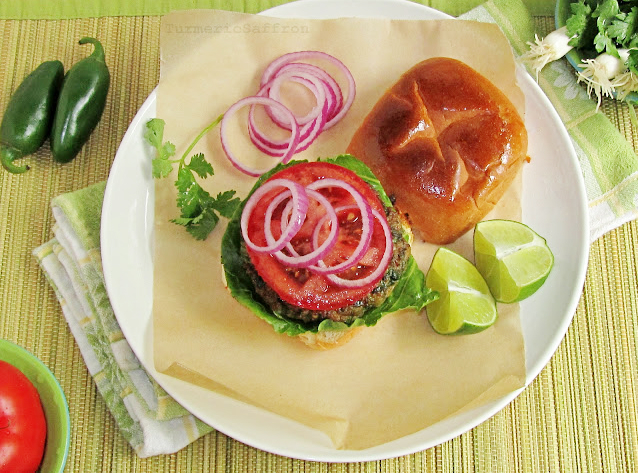 For those of you who read my blog regularly you probably know that this blog is solely dedicated to Persian home cooking, the kind of food that I grew up with, and that I also write about recipes from different regions of Iran that I mostly learn either from my good friends or from reading those few authentic Iranian cookbooks out there. However, this time, I'm going beyond posting my own recipe or writing about a mahali (regional) recipe from somewhere in Iran. For this turkey burger recipe I am going back several hundred years into ancient Persian history when a large number of devout Zartoshtian-e Irani (Parsi) fled their homeland after the Arab invasion and migrated to south of India in the 10th century AD, because of religious persecution. Zoroastrianism was the dominant religion of the region at the time and was founded by Zartosht (Zoroaster). The important message of Zoroastrianism is pendar-e nik (to think good thoughts), goftar-e nik (to say good words) and kerdar-e nik (to do good deeds). 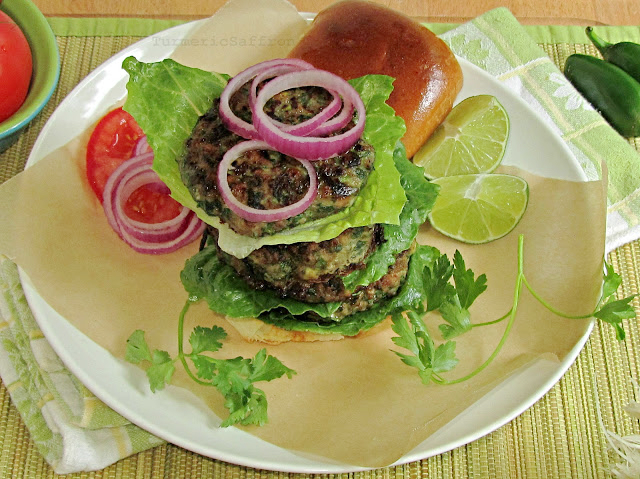 There's a well-known story about the Parsi settlement in India and their cultural absorption. It's been said that the ruler of Gujarat, Jadi Rana, was not very welcoming and was concerned about over-population problems. In a meeting with the king, the Parsi leader asked for a full glass of milk and a spoonful of sugar. Then as he gently added the sugar into the glass of milk without any spillage he said, "We are like sugar, we will only sweeten your country." The Parsi community blended and thrived well in India while it also maintained its religion. 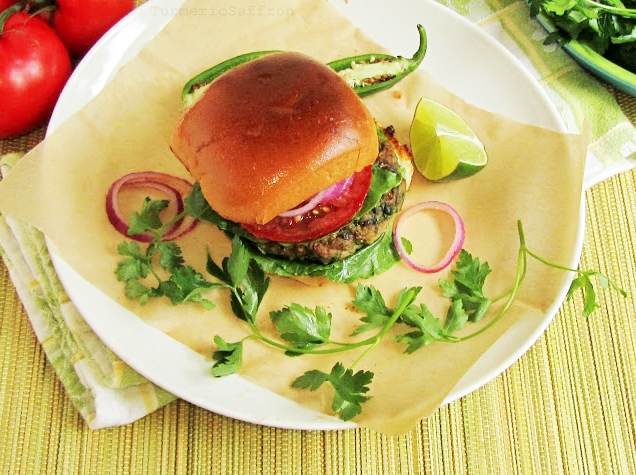 Parsi cuisine, with its roots in ancient Persia, is a unique combination of both Indian and Persian style cooking. I had read about Parsi food while reading other food blogs over the past few years but it wasn't until I came across the wonderful book, My Bombay Kitchen: Traditional and Modern Parsi Home Cooking by Niloufer Ichaporia King that I became tremendously intrigued and decided to write a post about it. Her story and her Parsi recipes have totally won me over. Plus, I am passionate about all things Iranian even if it's a thousand years removed!

On a more personal note, one day, a couple of years before I was born my mother met a young Zartoshti couple with two adorable little girls during a sizdah bedar outing. One of the girls' names was Azita and that was the first time my mother had heard that name and decided she was going to name her next baby girl Azita. It took her months to persuade my father who had a very uncommon name in mind. I am grateful that my mother met that family before I was born and that she didn't waver under pressure. 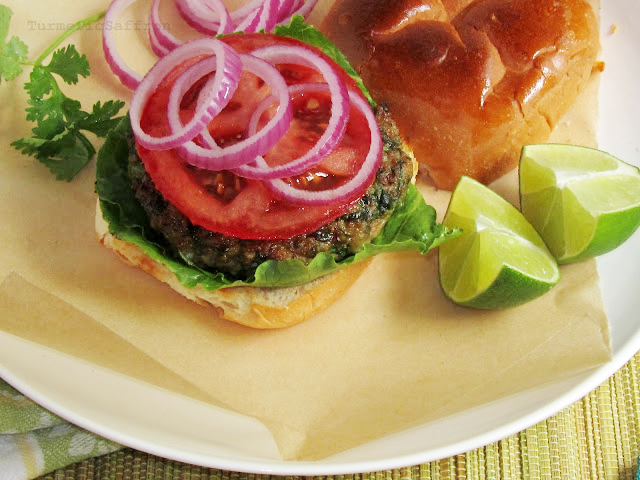 This recipe is adapted from Niloufer Ichaporia King's, My Bombay Kitchen. I tweaked the recipe a little to my liking by reducing the amount of pepper and fresh ginger by almost half and substituting the optional fresh mint with parsley. This recipe can be made with ground chicken as well.

Method:
Serve on a bun with lettuce, tomato, onion and pickle.

Here are some Parsi food links that you might find useful: 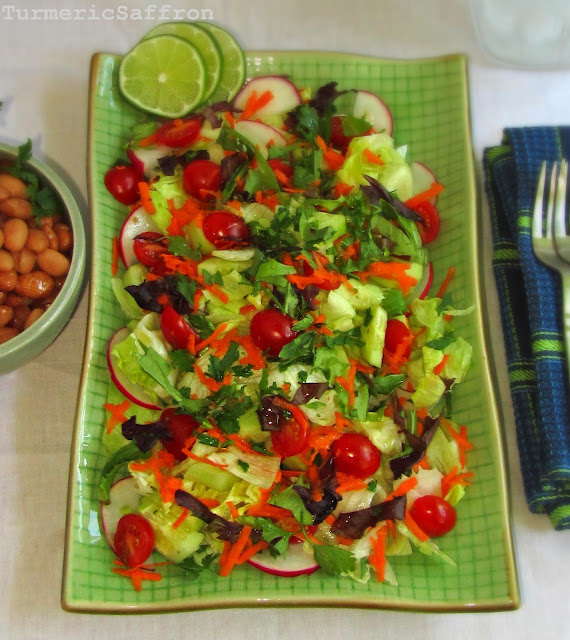 This chopped fresh vegetable salad with a scoop of delicious cooked loobia chiti (pinto beans) and a generous amount of lemon juice and olive oil dressing was my favorite summer lunch growing up in my home in the south of Iran. My mother's way of preparing salad was to chop all the vegetables into bite-size pieces so we didn't need to use a knife to cut the lettuce and tomato wedges. Usually, when you think of Iranian vegetable salads the well-known salad shirazi comes to mind where Persian cucumbers, firm tomatoes, yellow or red onions are chopped into tiny pieces and served with oil, lemon juice/verjuice and dried mint dressing. However, this simple mix of lettuce, tomatoes and cucumbers is the other popular salad that is often served with most meals.You can just make a basic fresh salad or add (har chi doost darid) anything your heart desires depending on the seasonal availability. Summer is the time for salad to shine as the main course by turning an ordinary salad into an extraordinary delicious meal. 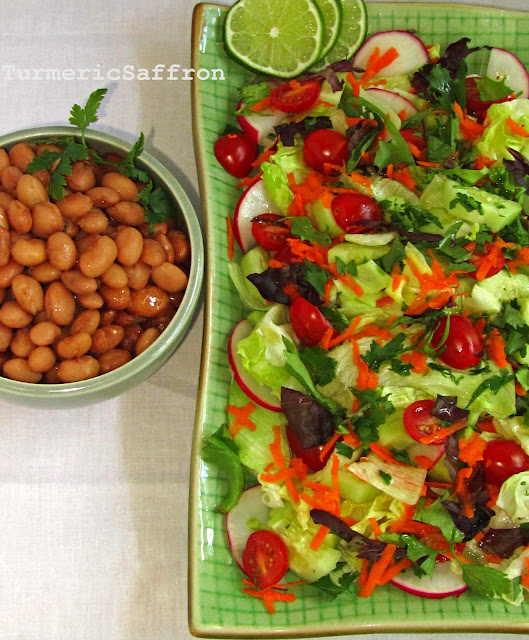 With six kids out of school for the summer and my father's preference for freshly cooked meals, making hearty salads was my mother's way of staying away from standing over a hot stove during those really hot summers. For many years we lived in an old-style house where the kitchen was located across the hayat (courtyard) away and separate from the dining area, living room and the rest of the house. The kitchen was small with a few cabinets/shelves filled with pots and pans and with only one window and no air conditioning. It was in that dreary matbakh (kitchen) that anything Maman made tasted wonderfully delicious. Her pinto beans were exceptionally tasty. Her secret was using good olive oil and freshly squeezed lime juice and she would always serve the pinto beans in a large clear glass fish shaped platter. It was in that dark and removed kitchen in a small town in Khuzestan where the root of my inspiration and passion for my Turmeric and Saffron blog was formed. 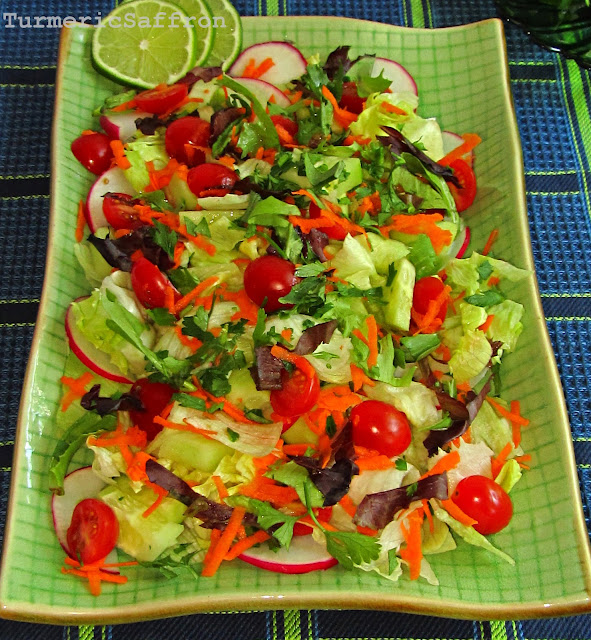 I love to make سالاد تابستانی با لوبیا  salad-e tabestani with beans and as many fresh and colorful vegetables as possible and serve it in my eat-in kitchen that's not just a place to cook food but rather the center of our home where we come together, talk, make decisions, eat food, greet friends or just hang out. 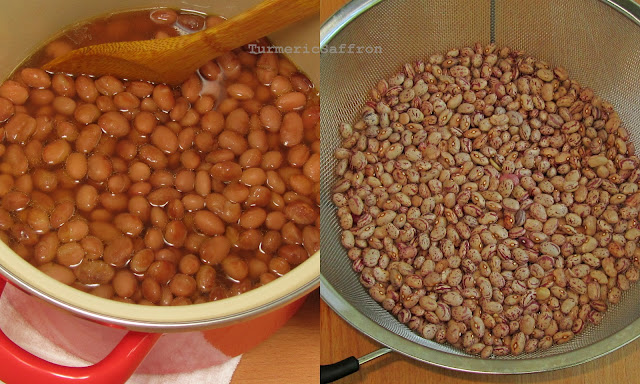 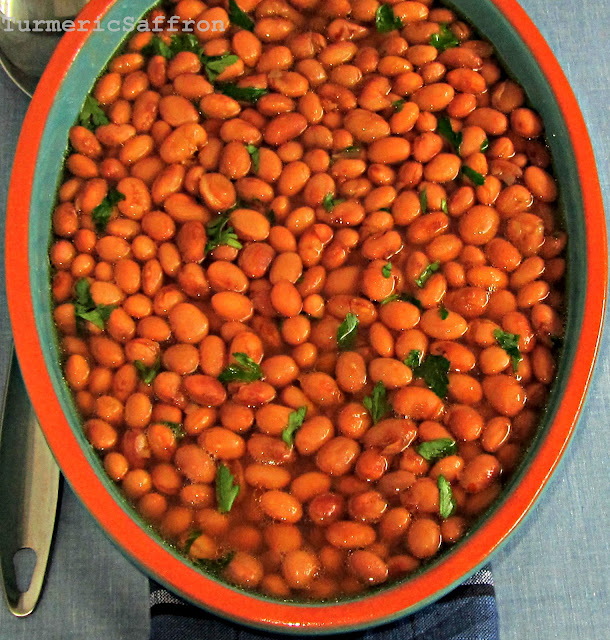 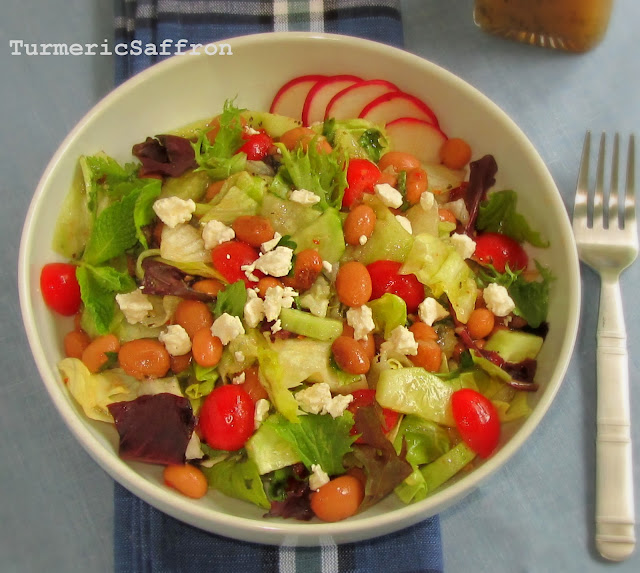 Mast Esfenaj/ Borani Esfenaj is a delicious, healthy side dish or snack. ماست اسفناج - Yogurt and Spinach dip is easy to make and it go... 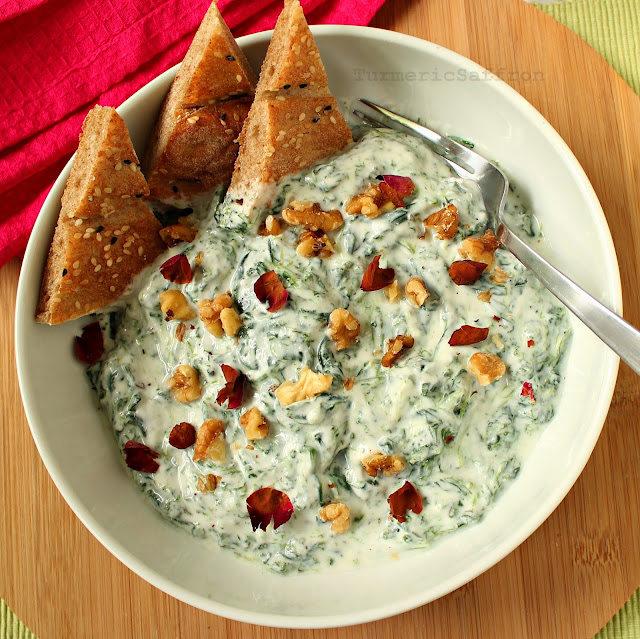