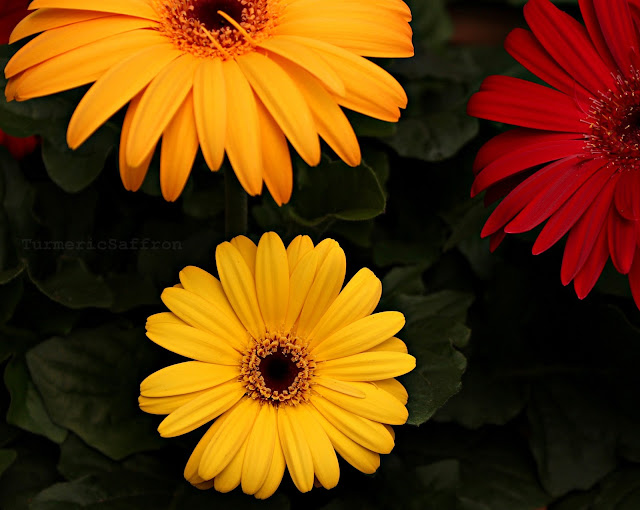 This past Sunday, April 14th, was the 10th annual Spring Persian Parade in the heart of New York City. The parade took place along Madison Avenue from 39th Street to 26th Street and lasted for several hours. In addition to the parade, there was a bazaar along the Madison Avenue park with many vendors showcasing their products such as hand-made crafts, home furnishings, rugs, jewelry, teas, and Persian food. I, unfortunately, missed the parade in its entirety. My plans changed a few times in the morning before I actually left my home but I finally ended up taking the Long Island Rail Road into the city with my eldest daughter. Having my daughter by my side and being able to share this day honoring the Persian culture with her was precious, to say the least. Although, I missed having my other daughter with me since she was busy studying for her Biology midterm and was not able to attend.

This post consists of various photos detailing my short day among my fellow Iranians in New York City, drinking tea, eating delicious food and meeting friends as I worked my way through the crowd. The weather cooperated and it was a glorious spring day. Since I mainly write about Persian cuisine my post captures only that aspect of my day and only the ones that captured my attention. I don't like posting images of people without their permission. Otherwise, I would have loved to post pictures of people of all ages dancing and singing in the middle of the park. I love how some of us dance to the beat of the music like nobody's watching! I cheer them on by clapping and perhaps doing a little sway on the side. 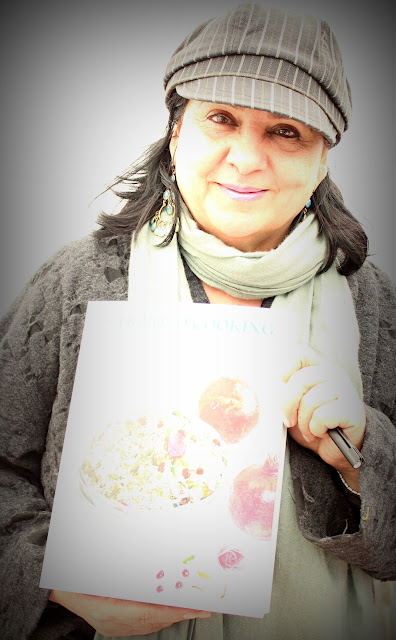 My first stop was at the table where Najmieh Batmangelij was signing her cookbooks! I asked her for a copy of her vegetarian cookbook and told her how I'm a fan of her work. She graciously signed my copy of the book and I got to take a picture of her. Such a lovely lady! How I would love to one day be in the kitchen with her and cook something together or even just watch her boil some water! 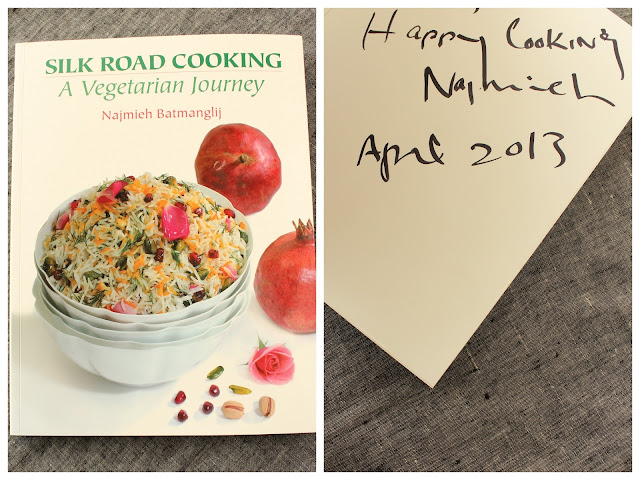 This book is a gift for a lovely family member with a heart of gold and since I haven't had a chance to give it to her yet I've cropped the name out. 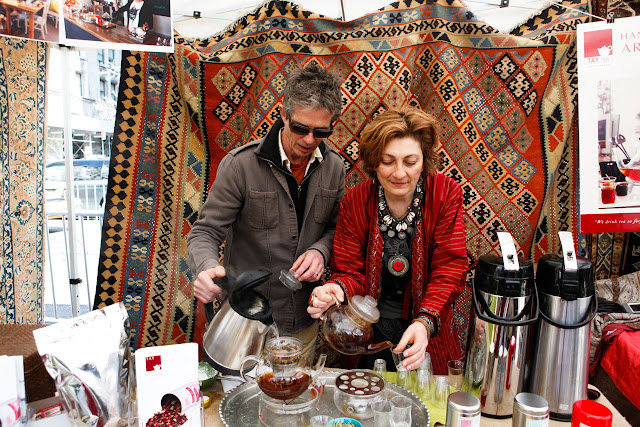 Next, I visited the delightful tea den of the lovely Nini Ordoubadi where I got to drink her flavorful Persian Rose tea. Her den, which was surrounded by Persian rugs, beautiful photos, spring flowers and of course an array of all artisanal teas, felt intimate, warm and endearing. I am planning to visit her Tay tea store sometime during the summer when life is less hectic. I also purchased her Persian Rose tea which I made the next day and I love it! 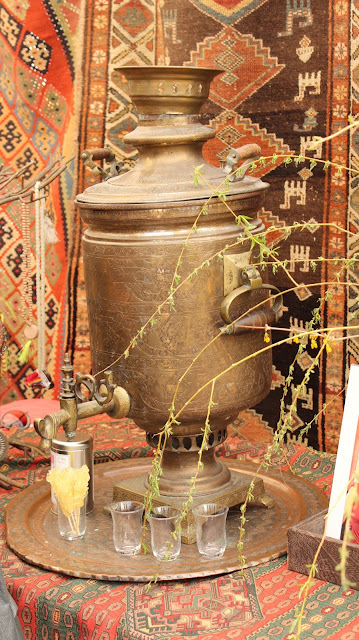 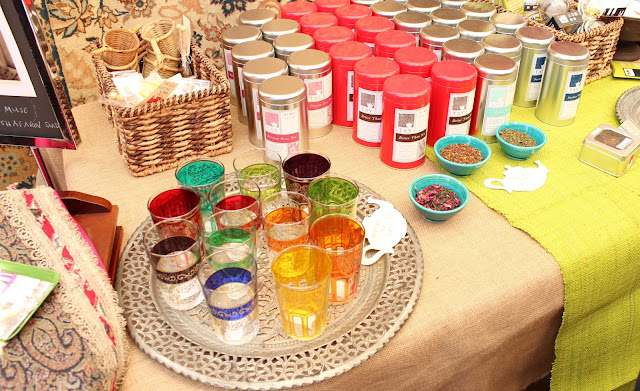 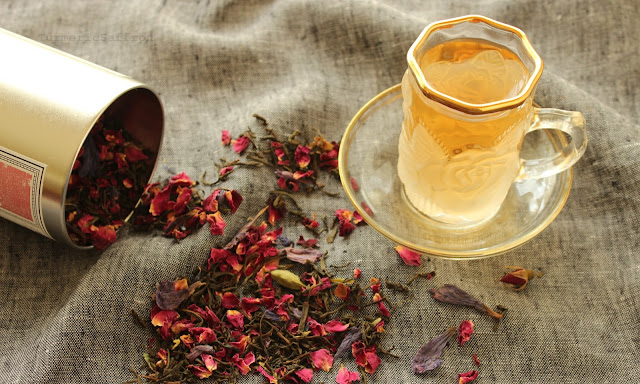 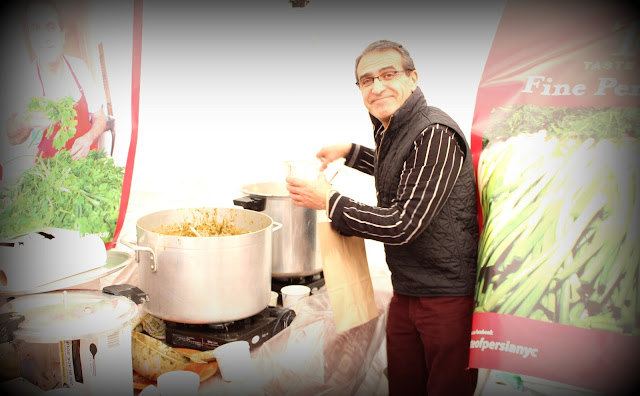 Saeed Pourkay the owner of Taste of Persia

My next stop was the Taste of Persia's ash-e reshteh since I had heard about it for the past couple of years. I thought how wonderful it would be to be able to eat a bowl of hot ash on the sidewalk of Madison Ave. During the years when I worked in the city and had frequented many times, I don't remember ever strolling down on Madison Ave. For me it was just another avenue to cross on the way to work. So, I stayed on the long and slow line for ash reshteh and when we got to the front of the line we were told that they were all out and only had halim left! I bought a large bucket of halim instead and took it home for my husband and to photograph it too! 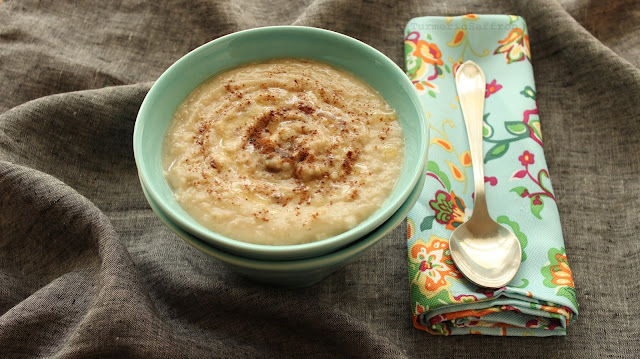 Halim the next morning at home 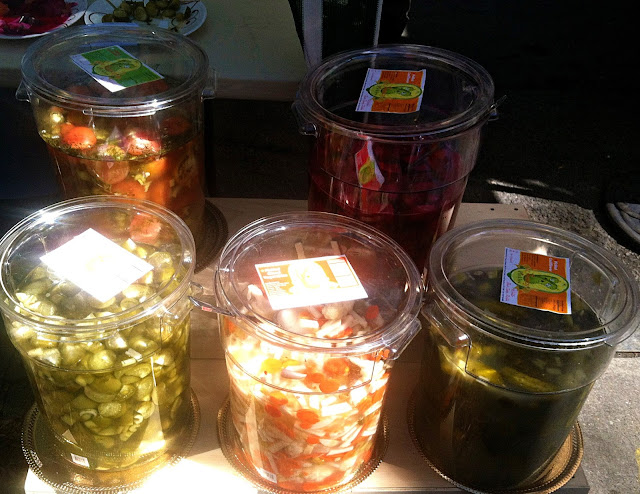 Torshi and khiar shoor, cellphone photo courtesy of my daughter 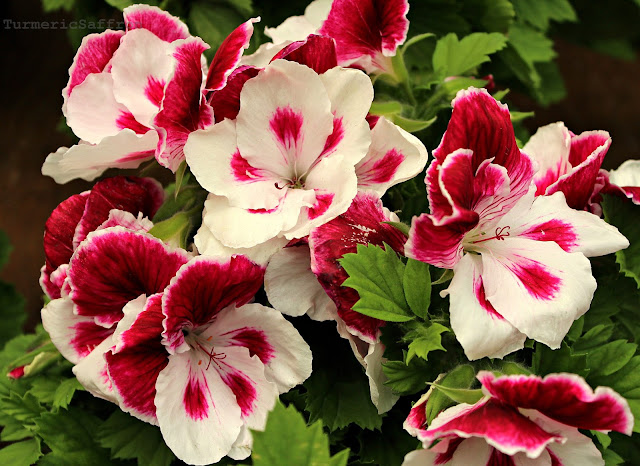 I've always loved the taste of creamy باقالی پخته cooked fava beans/broad beans (baghali) with a dash of salt, a sprinkle of groun... 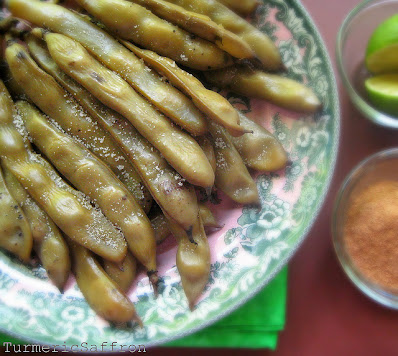